Population growth is not a driver of climate change 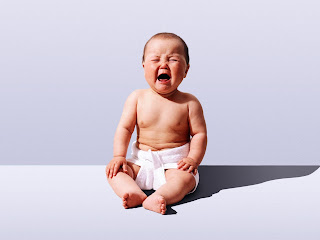 It seems so easy to blame excess population for our planet’s woes. It could hardly appear more straightforward: people consume resources; more people means more consumption; if we have any prayer of reducing our collective damages to the environment, we must make fewer babies.

On the face of it, the IPAT identity is totally clear, and dimensionally irrefutable. An increasingly affluent and growing population is going to have an increasing impact on its environment.

A step further is the Kaya Identity, which looks specifically at the impact from carbon dioxide emissions, and breaks down Technology into two components: energy efficiency measured as annual energy consumption per annual GDP and carbon intensity measured as CO2 emissions per Energy:

Again, at least on the face of it, nothing is wrong with this expression. Modifying any of population, affluence, energy efficiency and carbon intensity, will allow us to help the environment: we can maintain our affluence and reduce carbon dioxide emissions provided that we invest in energy efficiency, switch to renewables, and support birth control.

What’s not to like? Certainly, countless politicians and scientists have argued that with sufficient political will, we can accomplish these combined goals to save our planet while supporting our economy.

The devil is that the Kaya and IPAT identities are constructed so that affluence, energy efficiency and population can be seen as being largely independent of one another, making it seem possible to tweak one without affecting the other.

In fact, each of the ingredients of the Kaya and IPAT identities can be better seen as symptoms not causes. One perspective is that, broadly put, civilization is a heat engine. What this means is that all of the internal circulations defining what we do in civilization are driven by a consumption of energy, mostly fossil, and a dissipation of waste heat, including carbon dioxide as a by-product. From this perspective, only about 1/20th of the total caloric consumption by civilization as a whole is due to the caloric consumption of people themselves. The remainder is used to support the appetites of everything else, such as the energy required for industry, transportation, and communications. Globally averaged, people have each about 20 energy slaves working around the clock to help them accomplish all of civilization’s tasks.

People themselves are a relatively small proportion of the world’s total resource consumption. Imagine someone visiting Earth for the first time, knowing nothing ahead of time about the planet or its inhabitants. The visitor would witness all the marvelous phenomena of the earth, atmosphere and oceans. Maybe they would even have a special sensor they use to detect massive plumes of heat, particulates, carbon monoxide and carbon dioxide emitted into the atmosphere from all over the planet, some from small stationary sources and others moving quickly across the oceans and land. Almost all would come from objects made of steel. The visitor would probably fail to perceive people and conclude they are insignificant relative to civilization’s machinery.

You as a staunchly proud human might tell the visitor that they are missing important context. It’s people who are running the machines not the other way round, and that the measured environmental impacts are proportional to population.

As a counterweight to this perspective, there is a more simple and effective alternative to the IPAT identity. Using some physics, it was shown that:

Where the symbol λ had a constant value of 0.22 exajoules per year per year 2005 trillion USD. For example, for the period 1970 to 2015, plugging numbers into the equation gives the following for the annual growth rate of each of the terms:

where the value 0.089 has units of inflation-adjusted year 2005 trillion USD per exajoule. Simplifying:

Both sides of the equation add up to 3.0% per year. This is pretty cool. A simple equation for the growth of humanity derived using physics rather than economics agrees surprisingly well with what is actually observed.

But what does it all mean? The upshot is that being energy efficient, as on the right hand side of the equation, is what enables civilization as a whole (not at just the national level) to increase its population and affluence, as on the left hand side of the equation. If we become more energy efficient, we accelerate growth of population and affluence, and increase our environment impact. It is not the reverse!

Moreover, because the first term on the right hand side of the equation -- current energy efficiency -- reflects the history of prior energy efficiency gains, and we cannot erase the past, past advances in energy efficiency are effectively the single parameter that determines current growth of population and affluence.

Intellectually, this is a really nice simplification that removes some of the uncertainty in making long-run forecasts of population and affluence. On the other hand, it might seem totally counter-intuitive. Understandably, most would assume that we can increase energy efficiency independent of population and affluence; and more importantly, increasing energy efficiency will reduce our overall environmental impact. Let’s buy a Prius!

But this comes back to the previous point that the components of the Kaya and IPAT identities are coupled symptoms of something more important. To understand how each IPAT component is linked through the equation above, it is necessary to understand a bit about the very special nature of how a self-organizing civilization operates like a heat engine.

The heat engine in your car is of fixed size. Civilization differs because it can grow. It grows because it is able to successfully use energy to incorporate raw materials from its environment into its internal structure.

If civilization is energy efficient, then it is able to rapidly incorporate raw materials from the ground into its structure. Energy efficient civilizations are productive and grow quickly. There are two ways we can witness this material growth. One is that population increases: we ourselves are constructed from raw materials. The other is that we increase the amount of our stuff, or our economic affluence.

With greater efficiency, we can have faster growth, and more of everything, more people included. Interestingly, as shown above, increased energy efficiency appears to increase population and affluence in roughly equal parts, both 1.5% per year.

So, does population growth matter? Well, I think it’s the wrong question. Instead it makes more sense to ponder the external forces that control the energy efficiency of civilization as a whole, and how efficiently it can use energy resources to incorporate raw materials from the environment.

Waves of accelerated discovery and exploitation of coal and oil that began around 1880 and 1950 preceded unprecedented explosions in population and affluence. Looking ahead, many question whether we will sustain continued discovery of the energy and material resources that constitute our make up. If we can’t, what does a declining civilization look like? If we can, what is the end game when there are inevitably accelerating negative impacts on the environment?
Posted by Nephologue at 2:18 PM 11 comments: