Determinism and the human machine 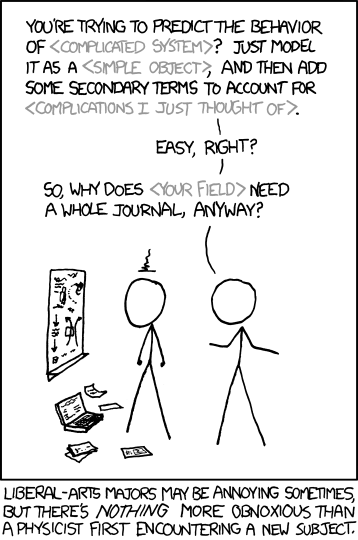 I've been called a "dangerous nihilist" for trying to show how humanity can be treated usefully as a simple physical object. And a paper by D. Cullenward et al. strongly critical of my work - albeit by totally getting it wrong - referenced this rather funny cartoon, concluding that "Perhaps in the future a particularly brilliant scientist will discover a robust and verifiable means for deterministically predicting energy system dynamics. Until that time, however, the evidence suggests we should err of the side of humility and uncertainty in making projections about the future."


I get it. Treating the collective behavior of humans as simple by-products of the 2nd Law of Thermodynamics, something reducible to one line equations in physics, would hardly be the stuff of Keats or Shakespeare sonnets. Obviously, interpersonal dynamics can feel strong, and those feelings lead to decisions that seem at times to be utterly unpredictable, certainly a far, far cry from the elegant simplicity of an equation in physics.


But I don't see that poor predictability of the human condition is inconsistent with it being strictly deterministic, something that could be, at least in principle, reduced to a mathematical representation.
The father of chaos theory, MIT atmospheric scientist Ed Lorenz was perhaps the pioneer of this idea. In his seminal paper Deterministic Nonperiodic Flow  he devised a simplified set of equations that represented some key processes in the atmosphere. The details don't really matter, but for edification here's the set up: 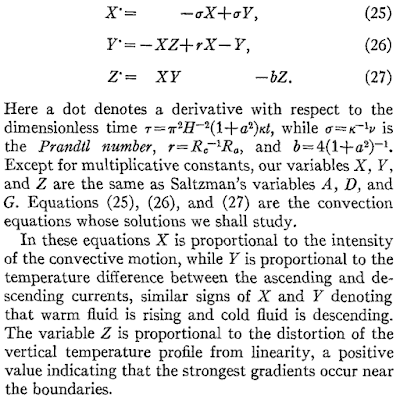 Aside from the rather extraordinary genius of representing the atmosphere in such a compact manner, what was so enormously influential was that Lorenz showed how purely deterministic equations - X, Y, and Z at any given time is uniquely determined by where X, Y, and Z start out - are nonetheless unstable and inherently unpredictable. This did not mean the solutions aren't well bounded. That is to say, on Earth, X, Y, and Z couldn't become just anything. It's just that the precise solution of X, Y, and Z  at any point in time could not be predicted very far ahead because even very small differences in the precision of the initial state translated to large differences in some not-so-distant future state.
Sensitivity to initial conditions means the final outcome can be deterministic but nonetheless unpredictable. Determinism does not mean knowability.
Of course, this does not mean we give up in despair. Well-bounded solutions do nonetheless exist. Not everything is possible, although we must accept a certain loss of resolution in our results the further out we look.
Due to the approximate length of the water cycle, we know we can't peer beyond about 10-days in our weather forecasts, but we will accept a 1-week forecast for our weekend planning - albeit with a larger grain of salt than the 1-day forecast for the kids' soccer game. And we can still make climate forecasts that are averaged over space and time: it's not idiocy to claim that summer will arrive in the Northern Hemisphere around May, 2026 even if there's no prayer of saying it will rain in New York City on July 15.
I don't see it as being entirely dehumanizing to treat humanity in a similar fashion. We are wonderfully unpredictable and predictable at the same time. We don't know what exactly the day or year will bring even if we have a pretty good idea. Like the popular quote in the financial world "History doesn't repeat itself but it often rhymes".
So it is with the approach I've taken to the evolution of civilization. There is no pretense at being able to explain the details at any given time or place, but there is predictability, predictability that can be tested with hindcasts, provided we step back and look at humanity as a whole. Stepping back, we can see farther into the future. Sensitivity to initial conditions yields to bounded solutions that are constrained by the laws of thermodynamics. For example, whatever a Nobel prize winning economist might imagine, we will not decouple the economy from energy consumption and carbon dioxide emissions. It's as physically possible as a perpetual motion machine. 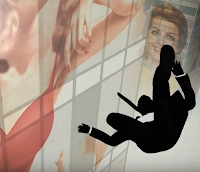 Maybe we are a bit like Don Draper in the opening credits of the Mad Men series, falling deterministically through a series of life events, lacking any real internal control. Watching the series we already know the story: Don is irretrievably trapped by his mysterious past, and will inevitably succumb to women and booze. However, because we never know exactly how, we nonetheless derive the very human joy of watching his agonies as we binge-watch the next episode. Is this Nihilism? Voyeurism? I don't know. But I feel a bit the same about watching the progression of civilization through its own coming struggles with resource depletion and environmental decline.

Posted by Nephologue at 8:15 AM